No one became successful all by themselves.

Especially those who have achieved the Dot Com lifestyle.

While there are numerous coaching services for hire and instructional programs for purchase, there are few industries that exceed the scope of mentorship than entrepreneurial e-commerce. Yes, there are commercial benefits for those who mentor, but on a higher plane You have made them smile, and that’s worth far more than money or any material item.

We find great satisfaction in giving back to the world around us. Many of us are far more privileged than others, and when we become aware of that, we often have an innate desire to help the less fortunate.

After all, we can’t move forward as a species when such a significant number of people are left to suffer in the shadows.

It’s through giving that we enrich and perpetuate both our own lives and the lives of others.

Research has shown that giving makes us far happier than receiving. Thus, in a way, we are actually being both selfish and selfless by giving to others.

Numerous studies have shown that giving money to others or to charity will put a much bigger smile on your face than spending on yourself.

Michael Norton, a professor at Harvard Business School, conducted one such study. Along with his colleagues, Norton questioned 632 Americans about their level of income and how they spent their money. They were also asked to rate their own happiness.

Simply put, enriching the lives of others makes us all wealthier.

True wealth is not acquired through earthly possessions, but by leading a fulfilling life. There is nothing more fulfilling than knowing you have made a palpable difference in the lives of other people.

Giving to others might take money out of your wallet, but it could mean the difference between life and death for some people. You never know how far a dollar might go. A tiny stone can create a massive ripple when thrown into water at the right moment.

At the same time, there’s widespread evidence that we could all give much more and that we need to be more careful about how we give.

In other words, don’t just give because it feels good. Make sure your generosity actually has an impact.

Humans are an inherently social species. We’ve survived and thrived because we take care of one another.

Generosity is, in part, a survival instinct. Even the simple act of sharing food or shelter with another person is an example of humanity’s intrinsic generosity. If we were an overwhelmingly selfish species, we would’ve gone extinct a long time ago.

By giving to one another, we’ve prolonged the survival of the human community.

We still have room for improvement, of course.

On average, the USA gives much less than other wealthy countries. In 2012, for example, Denmark and Luxembourg gave five times as much in foreign aid as America did.

Concurrently, global poverty is still an enormous problem. At present, around 2.7billion people live on less than $2 per day. Millions of children die from malnutrition every single year.

Poverty impacts everything from nutrition to education to healthcare.

It can be difficult to connect with these numbers. Seeing is believing. Yet, you can never truly understand poverty unless you have experienced its horrors.

Impoverishment not only robs people of their dignity, it threatens their very existence. It can also lead to political and social unrest, and even war.

Some Americans might argue that they would rather the government spend more on defense than foreign aid, in the sense that it goes towards our protection. Yet, when poverty makes the world less stable, we’re all less safe.

It’s also true that there is evident poverty within the USA that also requires imminent attention. This is a fair point. Yet, in this globalized world, we have to view poverty as a borderless problem.

Global peace will never be achieved, in any form, until poverty is mitigated.

Unfortunately, even when we do give to charity, the money doesn’t always reach those who need it. With foreign aid, for example, corrupt governments often intercept what’s given and use it for their own devices.

The Internet is a powerful entity, and it can be used to ensure that charitable donations end up where they’ll be most effective. Hence, don’t just give because it’s satisfying, do a bit of research beforehand.

Perhaps the reason it feels so good to give is that we know, deep down, that an individual can play a part in changing the world. All it takes is one small act of kindness. 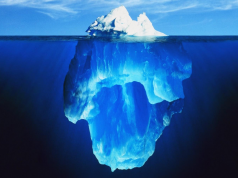 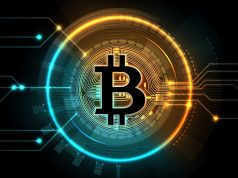 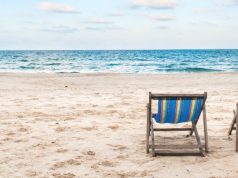 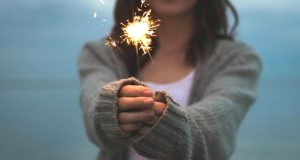 How to Bury Your Debt so You Can Build Your Business

Kjell Sherman - 12 Jan 2018 0
Let's say you've finally resolved that this is the time to break away from the time-suck of a 9-to-5 job and commit to achieving...