Home Lifestyle 25 of the Coolest Concept Cars in Automotive History 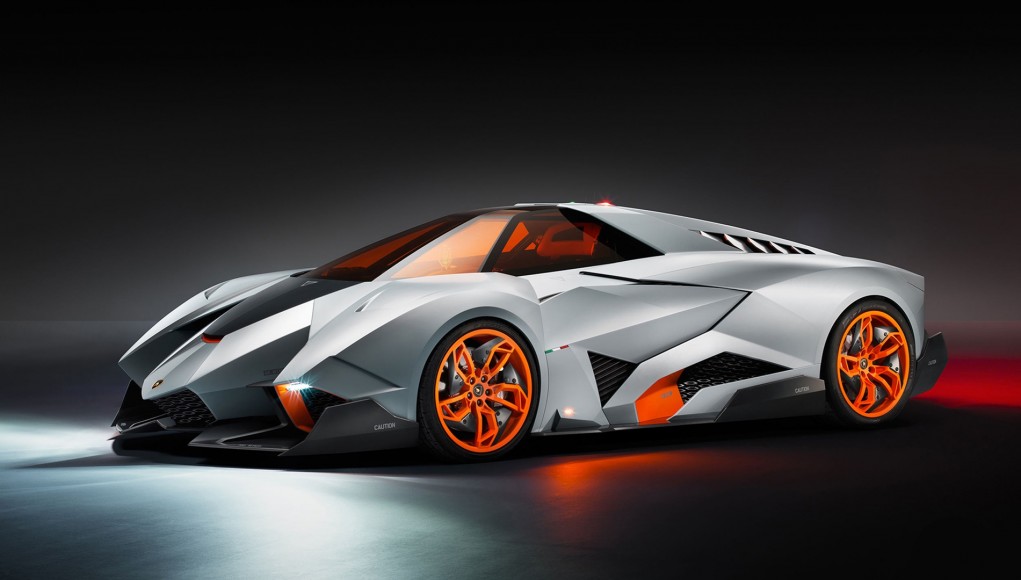 SHARE
Facebook
Twitter
They’re radical, exotic, and they come directly from the imaginations of the best engineers and designers in the world.
Maybe most concept cars never see the production line, but they do play a vital role in the development of vehicles that ultimately do hit the streets.
These cars were usually so groundbreaking or futuristic that mass production was either unfeasible or impossible. Nevertheless, car companies made good use of them in trying to gauge customer reactions, especially to new and radical designs.
Check out these 25 rides that never were but did their part to produce what already is:

This electric concept car from designer Mohammad Ghezel is encircled by three “wheels”. Although a gyro system keeps the car on the main wheel for most of the ride the two side wheels are used to provide balance and support through turns.

The craziest part, though? This car has almost just as many wheels on the inside as it does on the out. With a steering wheel for both passengers we would urge you to choose your traveling companions wisely.

Powered by piezoelectricity, the P-Eco was designed by Jung-Hoon Kim of South Korea. Essentially, as soon as the car starts, numerous ‘chords’ begin to vibrate throughout the vehicle, creating an electric current and thus charging the battery.

Part UFO, part fighter jet, this concept car from Huynh Ngoc Lan takes the traditional concept of turning to a new level by eliminating it. Running on three spheres rather than wheels, its body is capable of moving in any direction. Moreover the cabin can swivel 360 degrees to accommodate the change.

Standing for Lifestyle of Voluntary Simplicity, Lovos is meant to raise questions about the complexity of our world but, without a doubt, it will raise some eyebrows as well. Like something out of Transformers, it’s covered with 260 identical ‘scales’ that operate as everything from air brakes to solar panels, and depending upon various factors, they open and close independently of each other.

Often hailed as one of the ugliest cars of all time, the Aurora was the first ESV (experimental safety vehicle) ever designed. As the brainchild of Father Alfred A. Juliano, a Catholic priest, it was created with only one goal in mind: to make the safest car ever. Although it never actually managed to reach production, it’s still remembered today, albeit for different reasons.

Designed specifically for party animals, this concept car — whose name means Sleepless City in English — has an interior modeled to look like a dance club. With a steering wheel shaped like a turntable, partygoers don’t even have to sit down as they hop from venue to venue. It almost makes drinking and driving look safe.

Readers of a certain age may recognize the Deora from their childhood Hot Wheels collection. Although it never reached production, the Deora had a few rather interesting design characteristics. Like no side doors. So, how did you get in? Climb through the windows, maybe? Possible, but not necessary, as the front of the car was actually a forward-opening glass hatch.

Similar to the erRinGo, the Ozone requires gyroscopic technology to stay upright, and if it weren’t for the Peugeot logo on the front, you’d probably never have guessed that this mini-patio looking contraption actually rolls around.

Probably the most lifelike concept car on this list, GINA, or Geometry and Functions in N Adaptations, has several things in common with its human pilots. To start with, it has a fabric ‘skin’ wrapped over its metal frame, the doors don’t open on hinges but rather bend upwards as though filled cartilage, and its headlights are situated beneath blinking ‘eyelids’.

If you couldn’t already tell, the EN-V was developed in partnership with Segway. It’s lithium batteries are good for round trips of up to 40km and they can be powered from a regular home outlet.

Designed to be able to maneuver across China’s rough and varied terrain, the Aqua is a certified beast. The only thing that may be a little disconcerting is the door. There is only one and it’s on the back. Just hope you don’t sink.

We can only only hope that putting this car in production never becomes necessary. Prepared for an apocalyptic future where gas powered vehicles are illegal and the ozone layer is depleted, the Kalos is not only designed to maneuver across impossible terrain, its windshield is polarized to protect you from the intensity of the Sun’s unfiltered radiation.

Very similar to General Motor’s EN-V, Fiat’s EYE also gets its inspiration from the Segway. The most interesting thing about this car — if you can even call it that — is that everything is voice-controlled, even driving.

Shangai Automotive went big with this concept. The Yez, which means leaf in Mandarin, actually inhales carbon dioxide and expels oxygen. Although you may think it’s crazy, artificial photosynthesis is on the horizon. They could be on to something.

Go ahead and shave the road with this Gillette Razor rip-off. Designed by Paulo de Giusti to stroke your ego — hence the name — this electric hot rod only has room for one.

Meaning flow in Japanese, Nagare is Mazda’s attempt at suggesting the direction its designs will take through 2020. Of all the cars on this list, the Nagare wins the distinction of actually having a shot at production.

It’s not too hard to see why this vehicle was named the Honey-B. In fact, the only thing it seems to be missing is a stinger to satisfy your road rage.

Like many of the cars on this list, the Foow is a solar-powered one-seater. It distinguishes itself from the rest, however, with its unparalleled ability to fit into tight spaces. Trouble parking? Just fold it up.

Although at first glance it may seem to be just another eco-friendly concept car, the Kidma has some neat features that set it apart from the pack. For example, whenever you park, it jumps into action using solar energy to recharge while its exterior opens up, allowing for free airflow through the vehicle.

Cars that fly, engines that run on water, exteriors that change color … all things that you would be more likely to find in the imagination of a science fiction geek than in real life. Except for that last one. The Honda Native is not only an environmentalist’s dream, it’s also a chameleon car that can change its color according to its environment.

Cars seem to be able to run off of anything these days: gas, radiation, water, $24 Makers Mark bourbon whiskey. Don’t laugh, its true. Inspired by Chitty Chitty Bang Bang, Mickey Nilsson was planning to unveil his whiskey-powered, Nissan-chassis masterpiece that was set to hit the streets in 2014. So far, though, no sightings. Could be a fuel shortage, ie- the fuel never made it into the tank.

It’s a car powered by wind. As simple as that sounds, it’s not. There’s no sail, but rather a fan and a wing. By redirecting the flow of air and making use of pressure differentials, the car is propelled forward.

This one-seat wonder does the unthinkable. Like the P-Eco, it generates its own power. Unlike the P-Eco, though, it doesn’t use vibrating coils. Instead, it utilizes your body; specifically, your body’s movement. The main power source, however, comes from the solar panels on its exterior.

So we’ve seen a car that can change colors, but how about one that can shift shapes? The Globule consists of four separate pods — each with its own passenger and motor — that can be arranged in any way imaginable. They can even be stacked on top of each other to fit in a parking space that’s 130cm by 130cm.

As revolutionary and forward-thinking as the creators of South Park are when it comes to dreaming up hamster-wheel inspired concept cars, from the looks of this list, it seems as though the rest of the world is catching up. South Park still has the name though. Short, vague, and confusing, the It is nothing short of genius.

Star of the Show

We can’t sign off until we take a closer look at one of the most exotic designs that ever jumped out of Lamborghini’s R&D department. Behold the Egoista:

If you’ve got $3million lying around, this car can be yours. 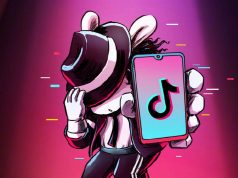 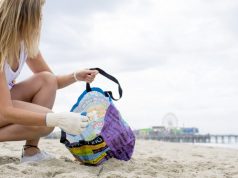 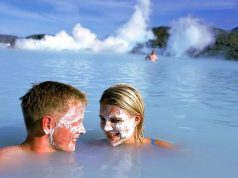 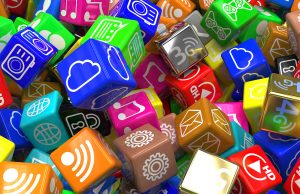 Is Your Social Media Message Really Connecting with Your Target Market?

One of my dad's recollections that really stuck with me came from his munchkin days in the 1950s when he was watching his small...

Trello: The Productivity App that Keeps You in Every Moment

If the Dot Com lifestyle's true currency is time -- and it is -- then managing it is a top priority. It stands to reason... 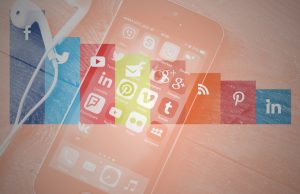 This Plan Will Increase Your Social Media Traffic

It's the eternal quest in any sort of commerce: How do we attract more customers to our business? The process starts with an effective message, of... 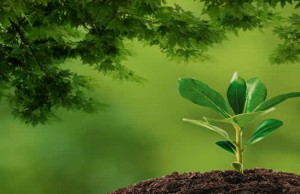 The Dot Com lifestyle validates being the master of your own fate. If you make a commitment to its mantra and mindset, you will achieve...
Tags
dot com lifestyle e-commerce health and wellness marketing tips small business social media marketing startups technology wealth weight loss work at home
© Copyright 2018 by the Norra Ljusen Trust
MORE STORIES 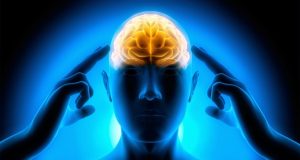 There's more than one reason why only 3% of those who get into e-commerce achieve the Dot Com lifestyle. And if that fact alone...